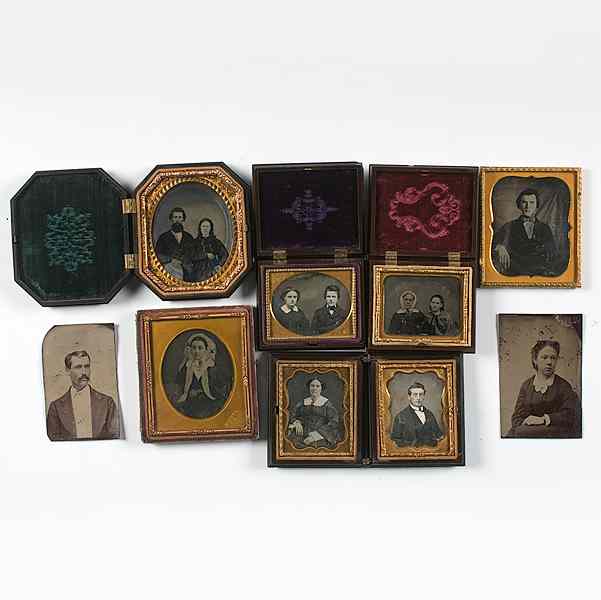 Fine Group of Thermoplastic Figural Cases Plus Lot of 8 including: one ninth plate daguerreotype of a teenage boy and girl housed in Mary Had a Little...