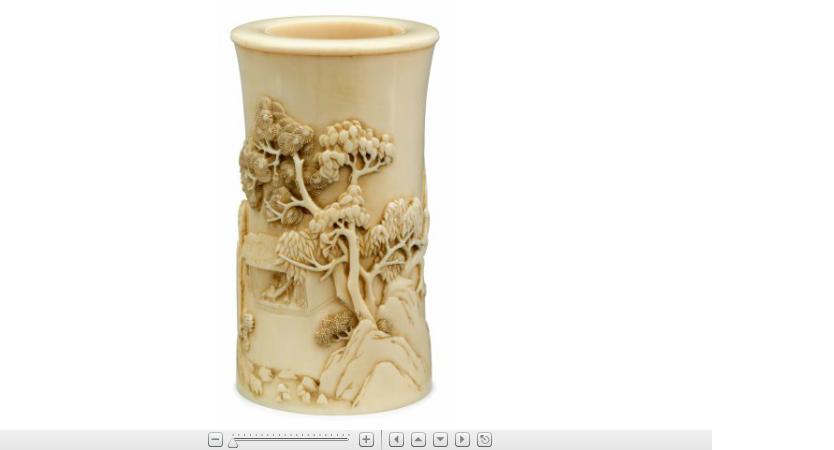 Fine Chinese elephant ivory brushpot Qing dynasty... [this item is NOT for sale]