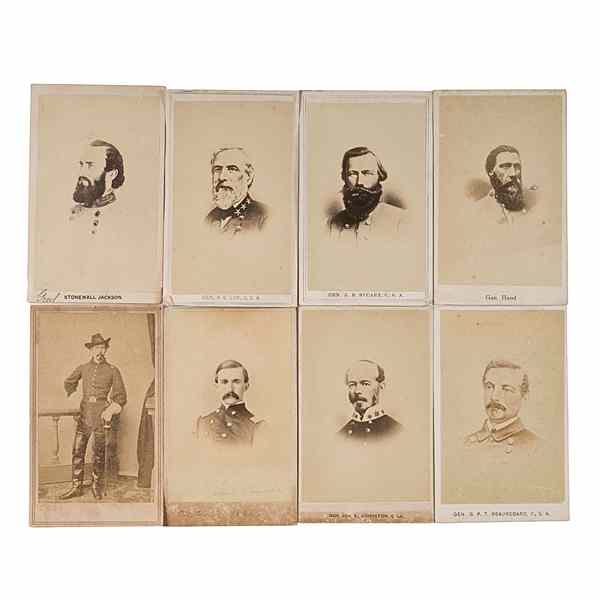 Family CDV Album with Confederate Generals A mixed group of of 57 military and civilian CDVs from an album now missing descended from William Crovatt of...