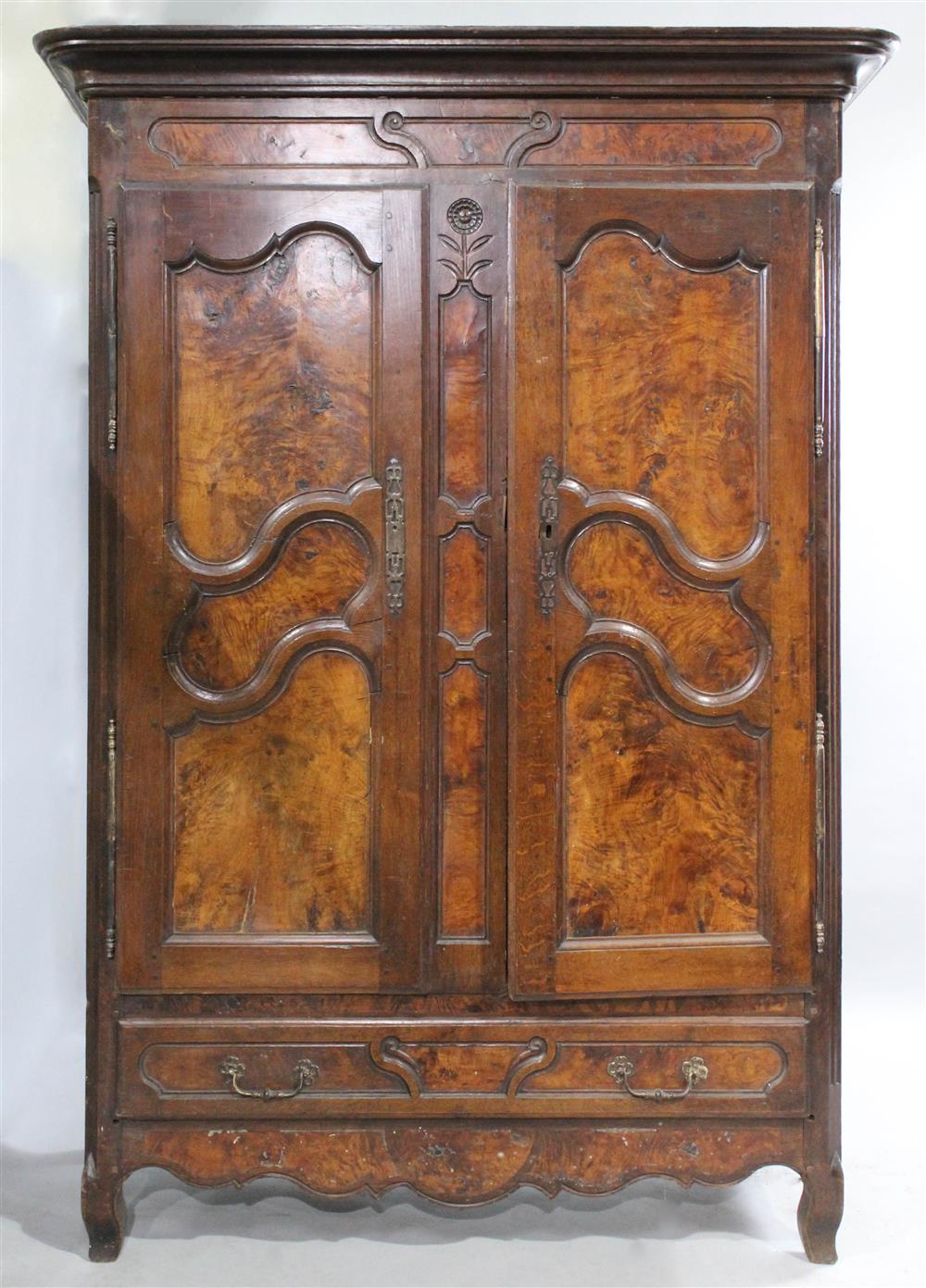 FRENCH PROVINCIAL 18TH CENTURY OAK AND WALNUT ARMOIRE having an oak frame with a molded cornice over a decorative frieze over double doors with shaped... [this item is NOT for sale]