Appraise and find values for
FRANKLIN, Benjamin (printer).Minutes of Conferences,... 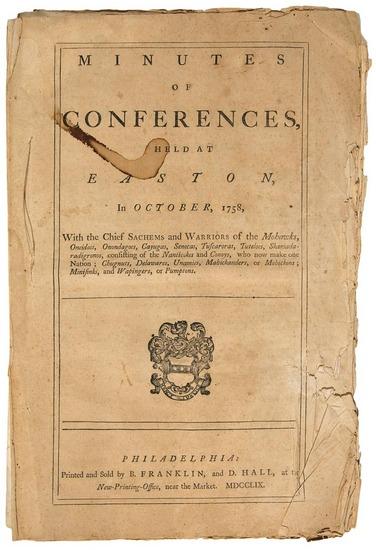 FRANKLIN, Benjamin (printer).Minutes of Conferences, Held at Easton, In October, 1758, With the Chief Sachems and Warriors of the Mohawks, Oneidoes, Onondagoes,...