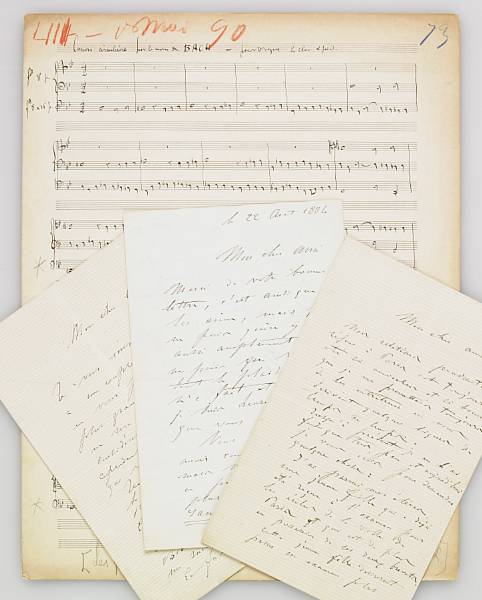 FRANCK, CESAR. 1822-1890. This lot features a collection of musical manuscripts and letters of composer Cesar Franck, one of the most celebrated figures... [this item is NOT for sale]