Price guides for FRAMED ROLL OF HONOR FOR AMERICAN SOLDIERS....

Appraise and find values for
FRAMED ROLL OF HONOR FOR AMERICAN SOLDIERS.... 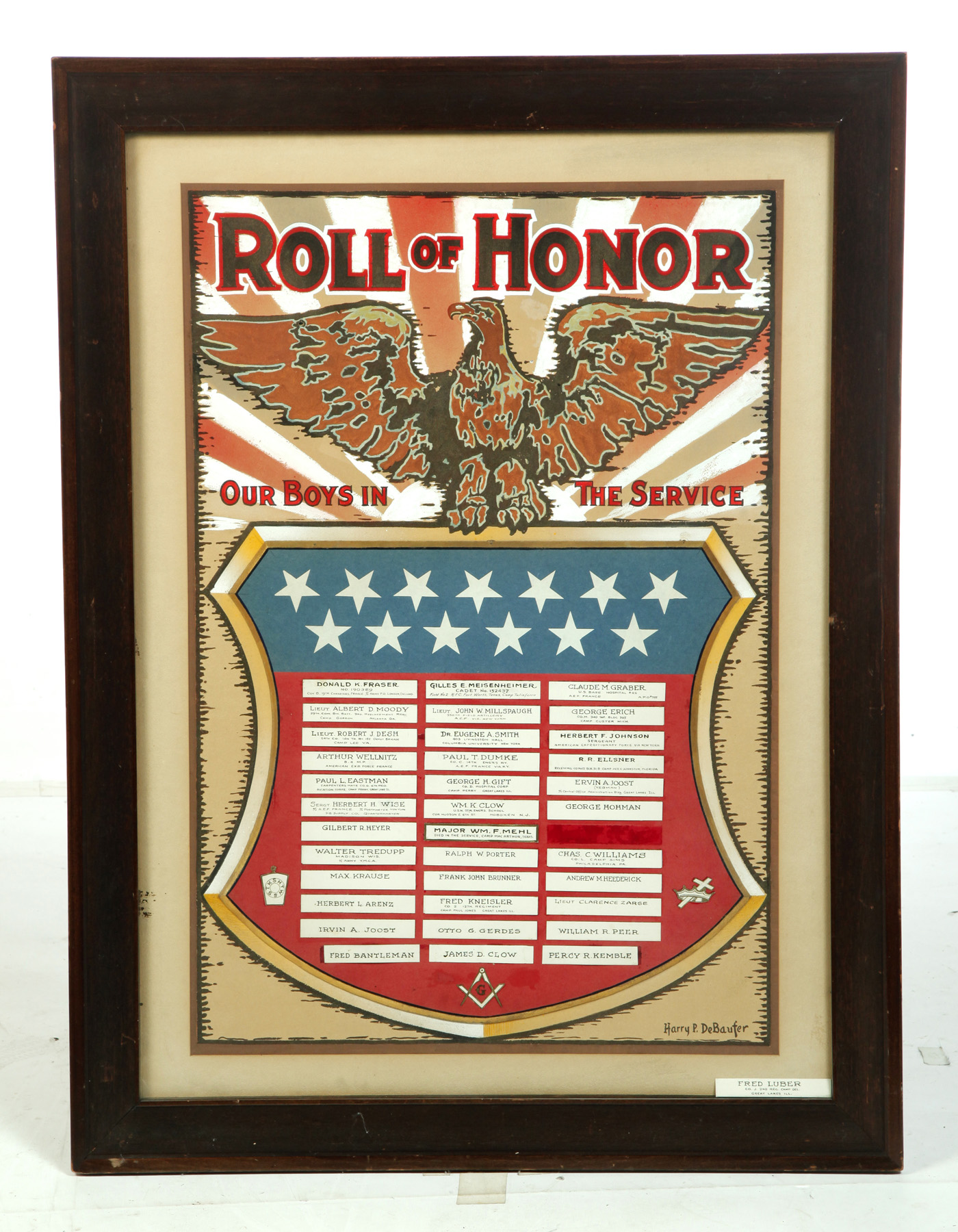 FRAMED ROLL OF HONOR FOR AMERICAN SOLDIERS. Twentieth century. "Roll of Honor" above an eagle with "Our Boys in the Service" above a shield holding the...