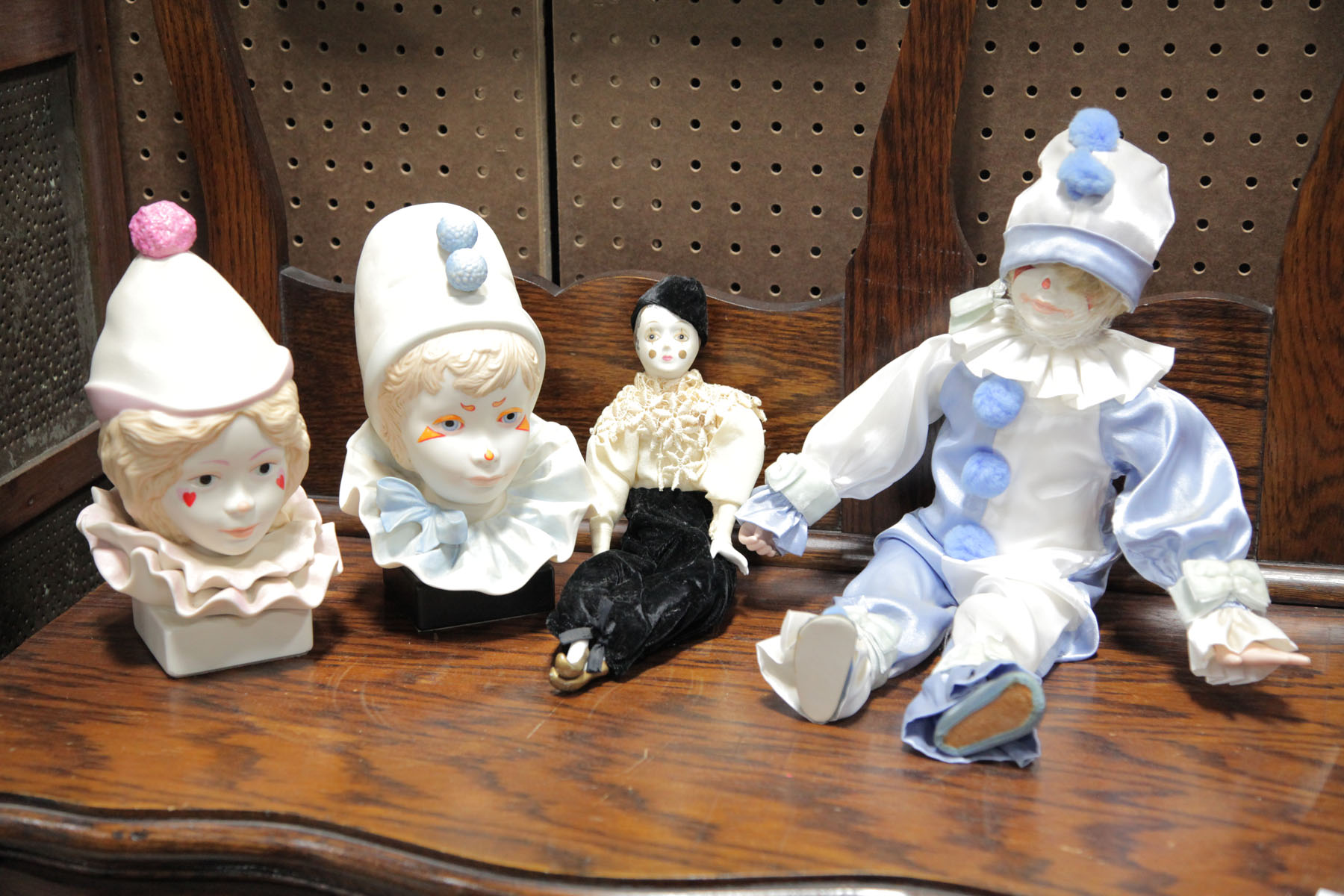 FOUR PORCELAIN CLOWNS. American fourth quarter of 20th century. Two Cybis clown busts Funny Face on a black base 9.5''h. and Valentine on a white base...