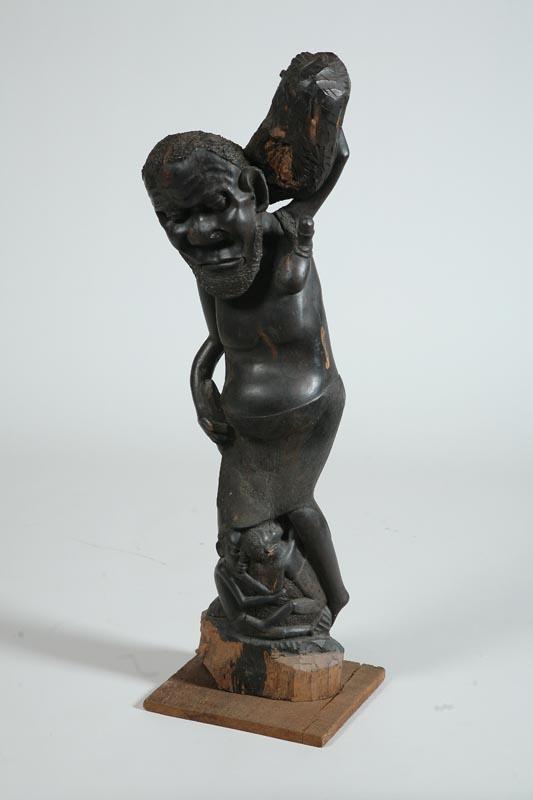 FIGURAL CARVING. African, mid 20th century, hardwood. Makonde statue of a man with figures crouched under him. Dark stain. 40"h.... [this item is NOT for sale]