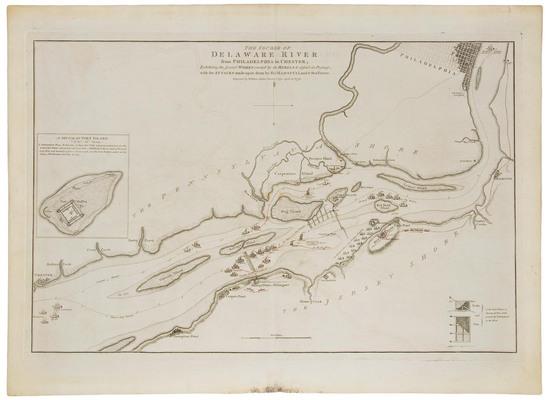 FADEN, William.The Course of Delaware River from Philadelphia to Chester, Exhibiting the several Works erected by the Rebels to defend its Passage, with... [this item is NOT for sale]