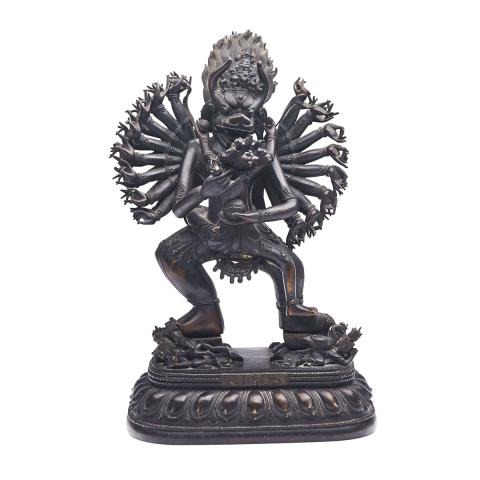 Extremely Rare and Large Imperial Bronze Figure of Yamantaka with Consort, China, Qianlong Mark and Period (1736-1795) Cast standing in alidhasana... [this item is NOT for sale]