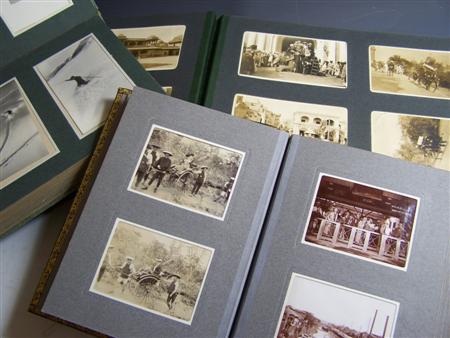 Europe, China, India An album containing 32 prints of an Edwardian holiday to Japan, then onto 30 prints of India, circa 1910, each approx 7x9.5cm, black...