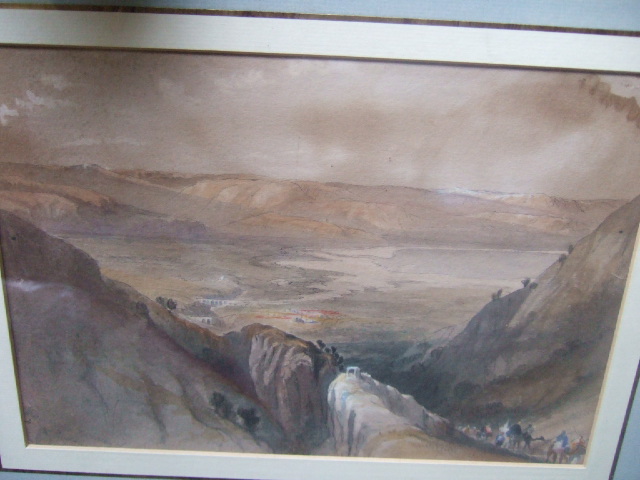 English School (19th century), Descent into the valley of the Jordan, watercolour and pen and ink, inscribed, 18cm x 27cm, together with an English School...