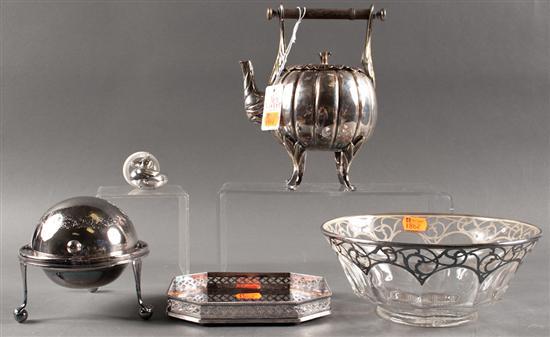 English Aesthetic Movement silver-plated teapot, a small group of silver-plated table articles and a silver overlaid glass bowl the teapot modeled as a... [this item is NOT for sale]