Price guides for Eleven-Piece Collection of Silver Vases and...

Appraise and find values for
Eleven-Piece Collection of Silver Vases and... 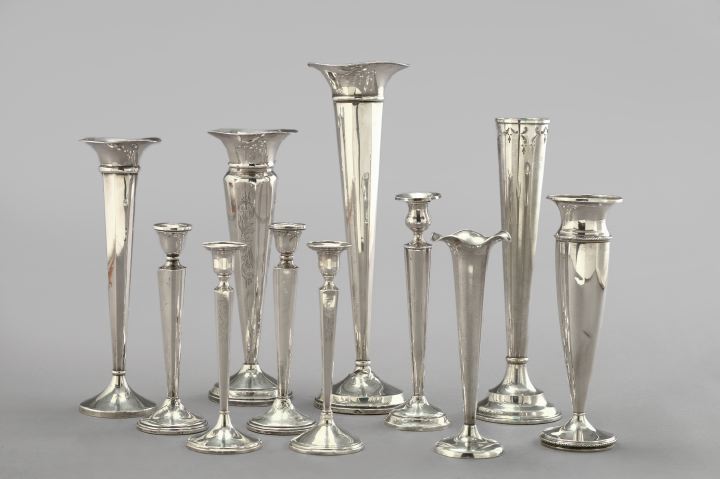 Eleven-Piece Collection of Silver Vases and Candlesticks, first quarter 20th century, consisting of an American weighted sterling silver trumpet vase;... [this item is NOT for sale]