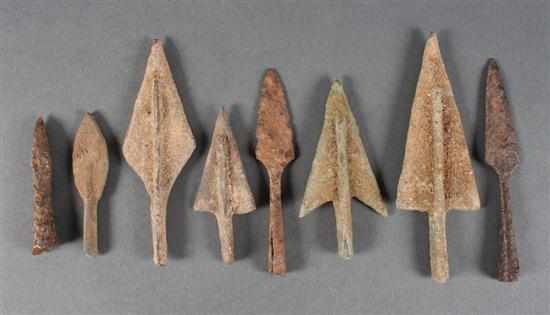 Eight assorted ancient bronze arrowheads cultures include: Egyptian Scythen Greek Bronze Age and so forth 3 to 5 1/2 in. L. Estimate $ 300-500 Appropriate...