Appraise and find values for
Eight Walt Disney rough drawings of the dwarfs... 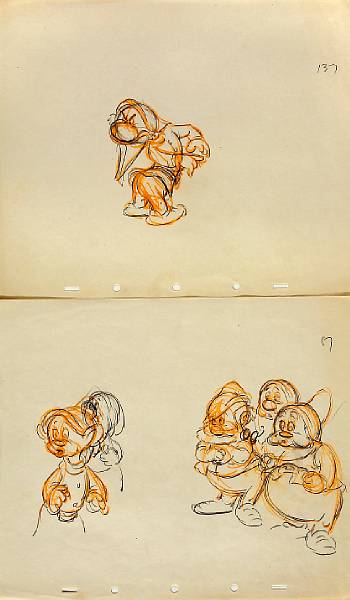 Eight Walt Disney rough drawings of the dwarfs from "Snow White and the Seven Dwarfs" 1937, colored pencil on paper, the first drawing depicts Dopey with...