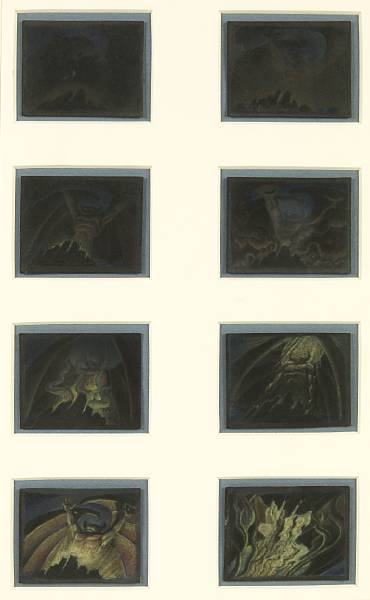 Eight Walt Disney preliminary thumbnail drawings from "Fantasia" 1940, pastel on black paper, the eight detailed thumbnails from the Night on Bald Mountain... [this item is NOT for sale]