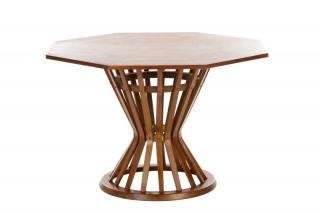 Edward Wormley Attr. Sheaf of Wheat Dining Table Attributed to Edward Wormley (American, 1907-1995) for Dunbar, circa 1960s. A mid century modern "Sheaf... [this item is NOT for sale]