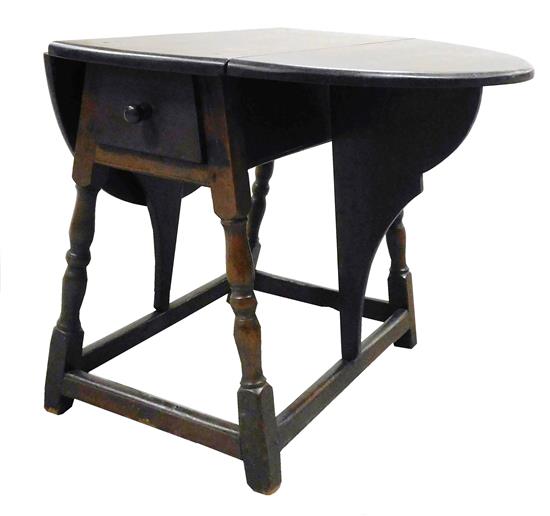 Early American butterfly tavern table frame with alterations to top, butterfly supports, and drawer, pine with possibly butternut, single drawer with trapezoidal... [this item is NOT for sale]