Appraise and find values for
EXTENSIVE COLLECTION OF JAPANESE NETSUKE... 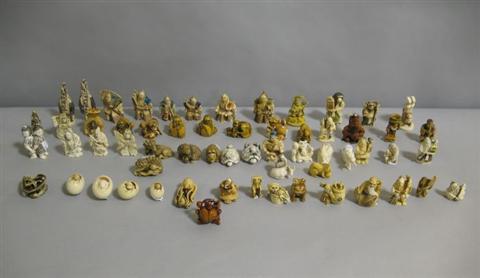 EXTENSIVE COLLECTION OF JAPANESE NETSUKE Including four models of eggs with emerging chicks, an ivorine figure of Kannon, a model of a monkey in a giant... [this item is NOT for sale]