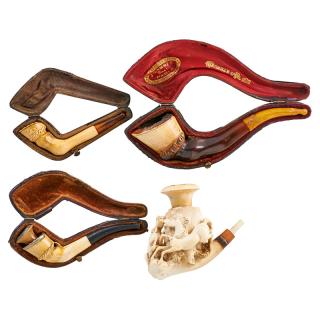 EQUESTRIAN MEERSCHAUM PIPES Four: Three in the shape of a horse leg/hoof, including one with sterling silver horseshoe, and one intricately carved scene... [this item is NOT for sale]