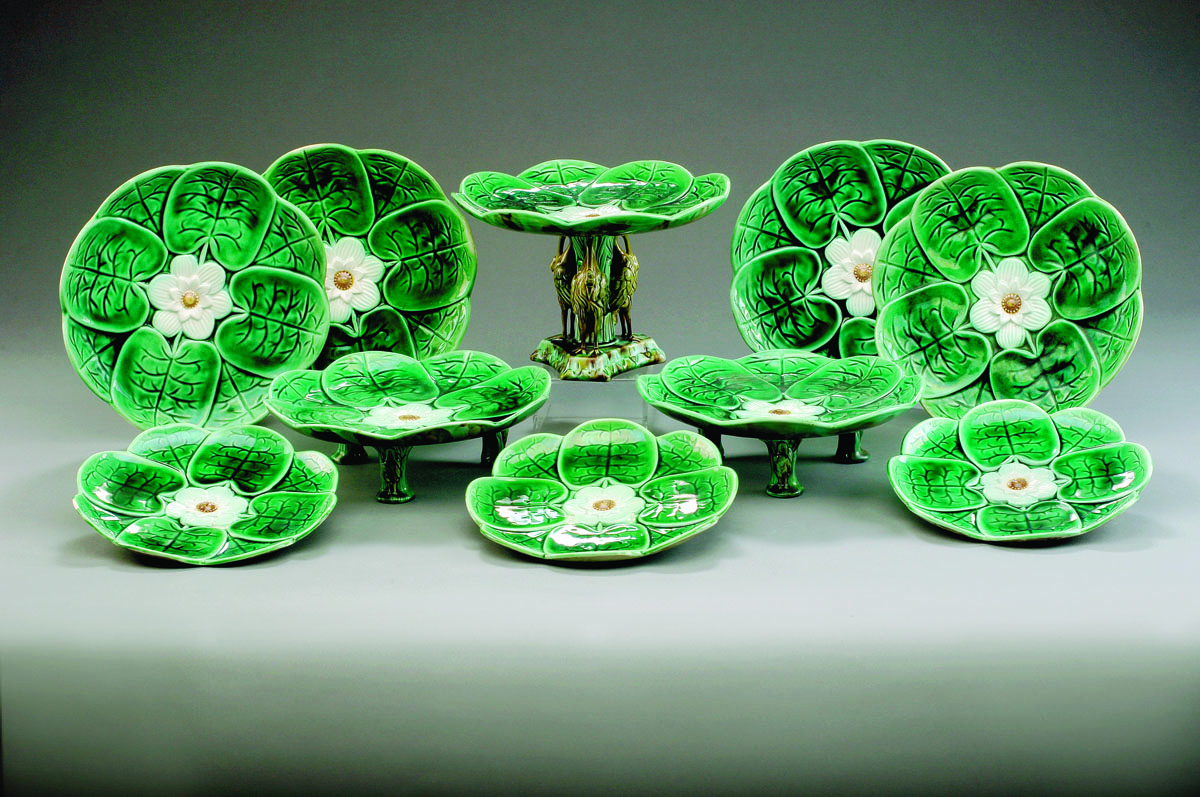 ENGLISH MAJOLICA DESSERT SET, NINETEENTH CENTURY. Comprising a tazza, pair of footed stands, five dinner plates and ten luncheon plates; each molded in... [this item is NOT for sale]