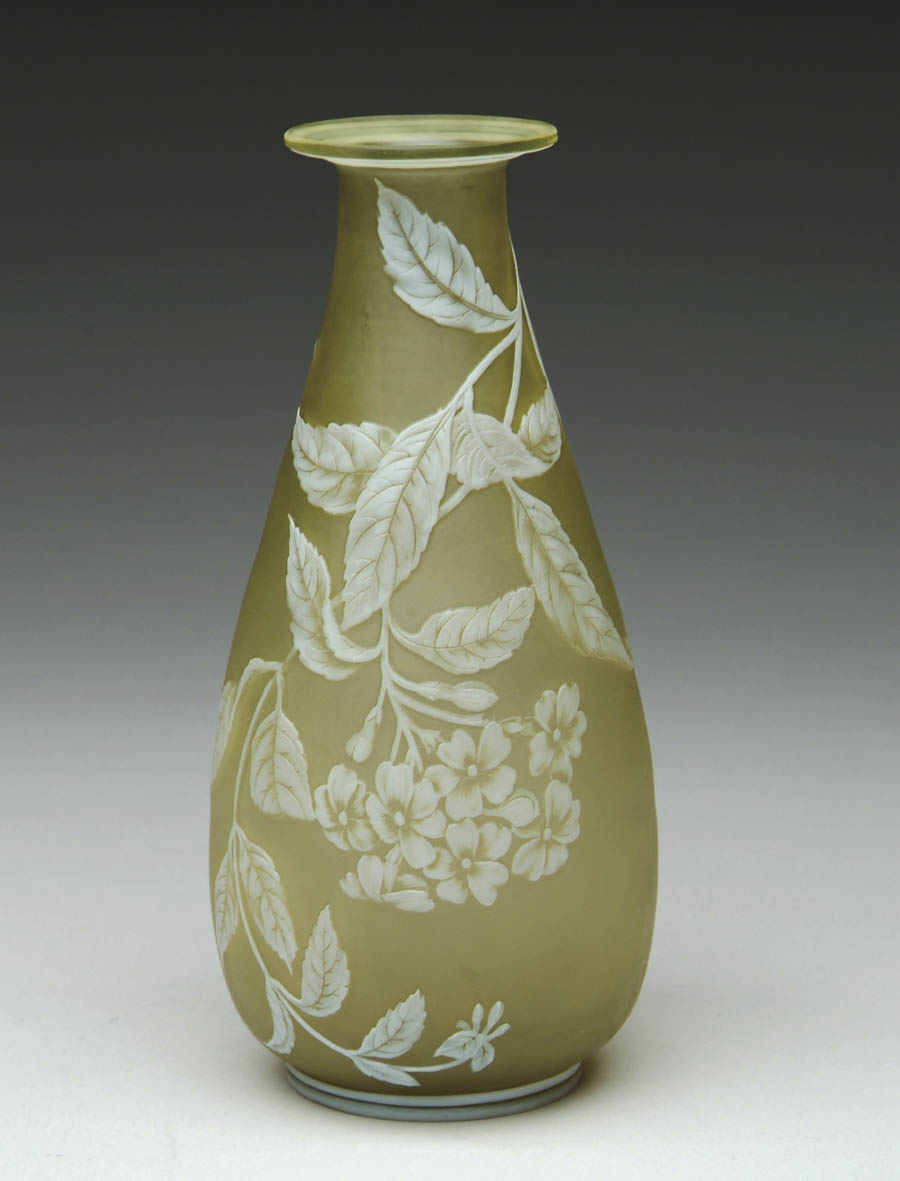 ENGLISH CAMEO VASE. Lovely vase has well detailed white cameo flowers, leaves and stems descending from the rim of the vase to the base. Backside is decorated...