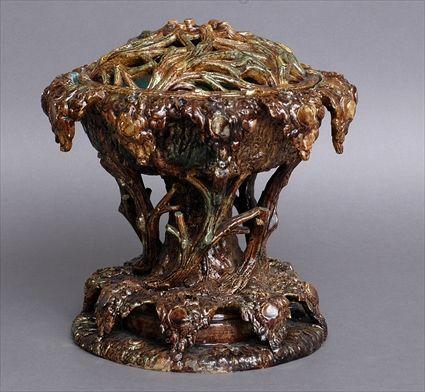 ENGLISH BROWN-GLAZED POTTERY TREE-FORM BRAZIER AND COVER The bark-textured bowl encircled by branches, the roll-over rim with pendants and the pierced...