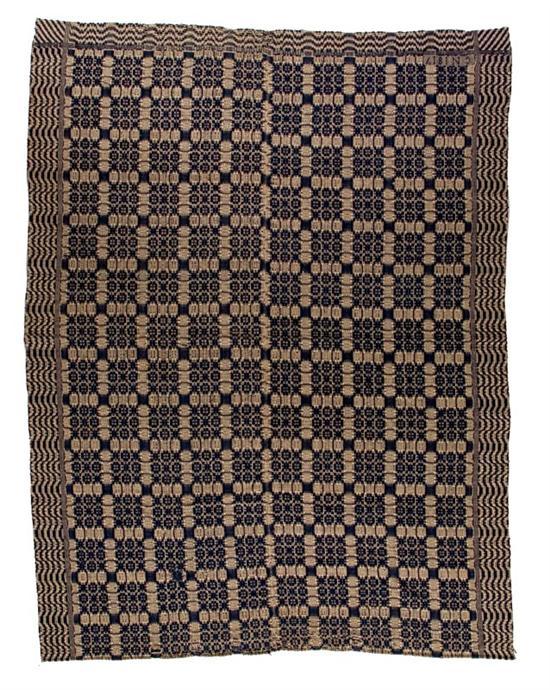 EARLY DATED COVERLET. American, 1817, wool and linen. Two-piece overshot coverlet with woven date and initials in one corner. "C N 1817". Some imperfections.... [this item is NOT for sale]