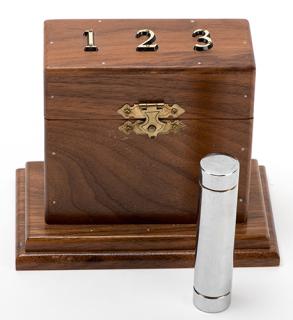 Divination Divination. Asuza: Owen Magic Supreme, ca. 1995. A solid steel bar is placed into one of three compartments in a hardwood box. The mind reader... [this item is NOT for sale]