Price guides for Daniel Clark PROOFS OF THE CORRUPTION OF...

Appraise and find values for
Daniel Clark PROOFS OF THE CORRUPTION OF... 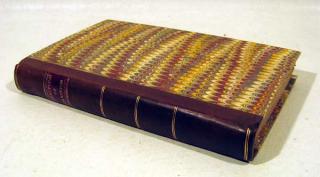 Daniel Clark PROOFS OF THE CORRUPTION OF GEN. JAMES WILKINSON AND OF HIS CONNEXION WITH AARON BURR 1809 Antique American History Political Scandal Third...