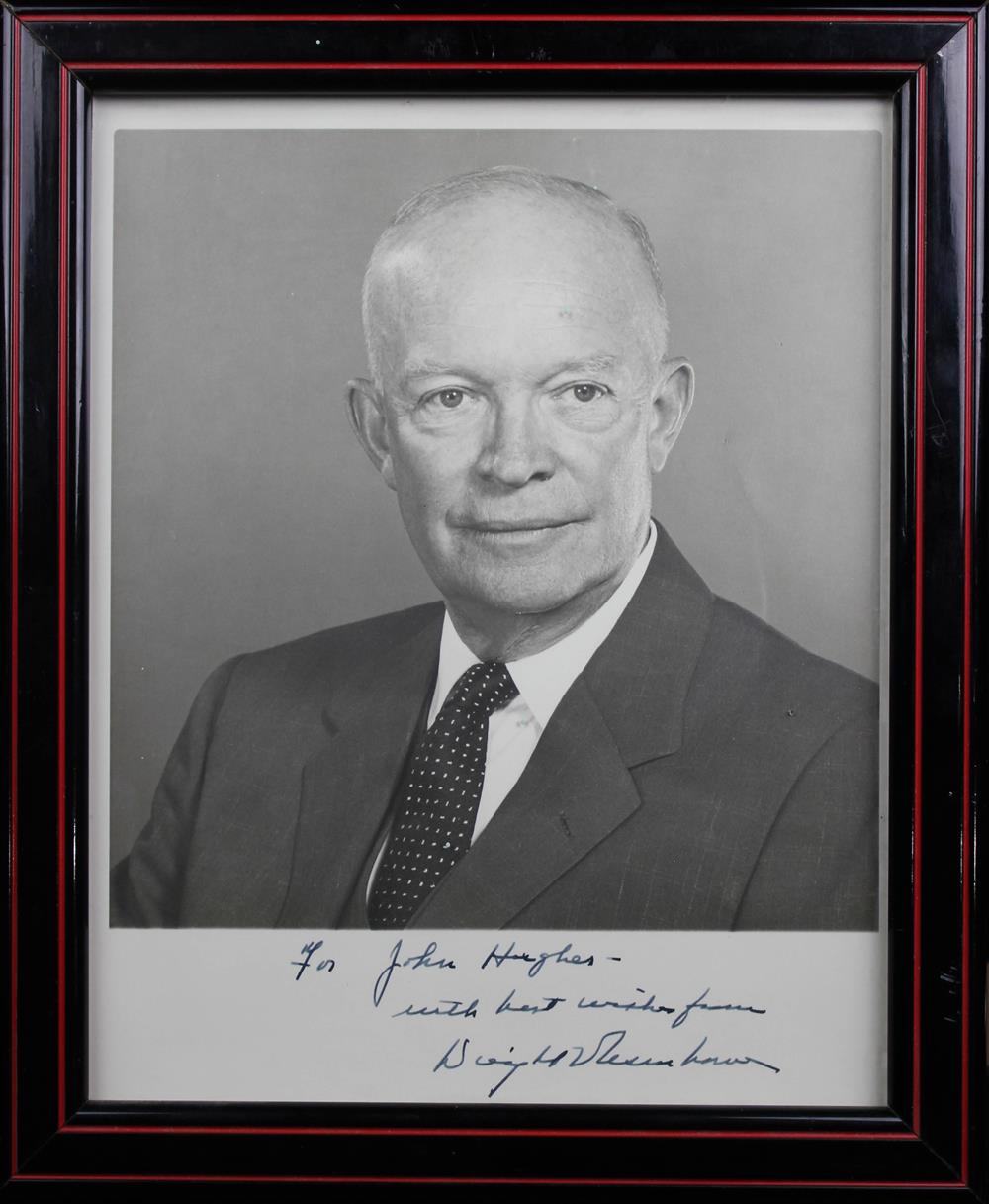 DWIGHT EISENHOWER, SIGNED PHOTOGRAPH black and white portrait photograph inscribed and signed in the margin ("Dwight Eisenhower"), n.d., h: 8 in. x w:... [this item is NOT for sale]