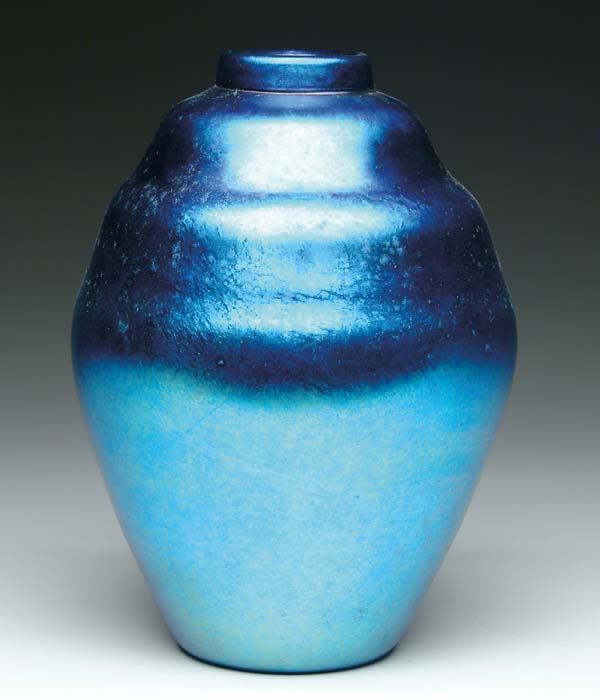 DURAND ART GLASS VASE. Vivid iridescent blue beehive shaped vase has all over iridescence of platinum and purple. Signed on the underside “Durand 1978-10”...