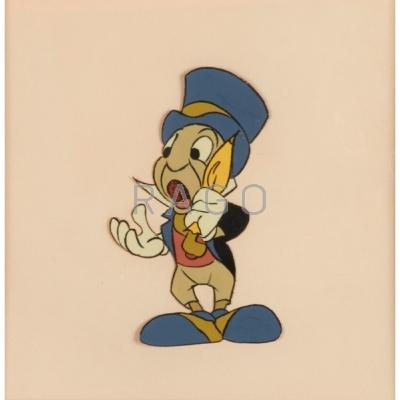 DISNEY ANIMATION CELS; Four (framed): Jiminy Cricket from "Pinocchio," Mr. Busy from "Lady and the Tramp," Pat the Dodo from "Alice in Wonderland," and...