Price guides for DICKINSON, John.A Speech, Delivered in the...

Appraise and find values for
DICKINSON, John.A Speech, Delivered in the... 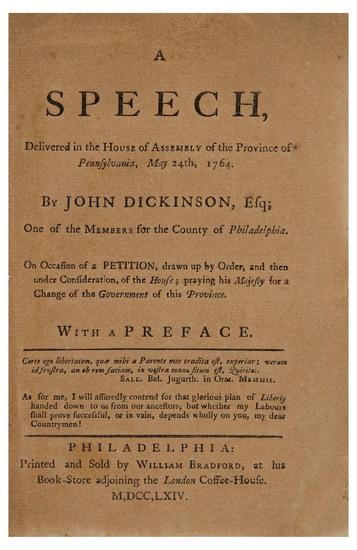 DICKINSON, John.A Speech, Delivered in the House of Assembly of the Province of Pennsylvania, May 24th, 1764 … On Occassion of a Petition, drawn up by... [this item is NOT for sale]