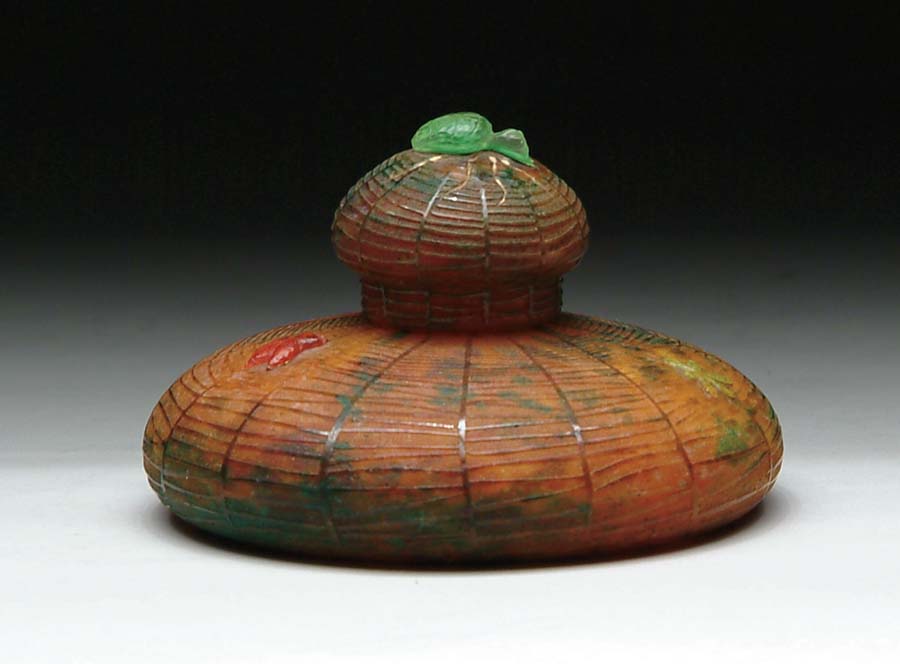 DAUM NANCY CAMEO INKWELL. Cameo decoration is in the design of a spider web with two applied beetles. Matching cover has an applied green spider. Original...