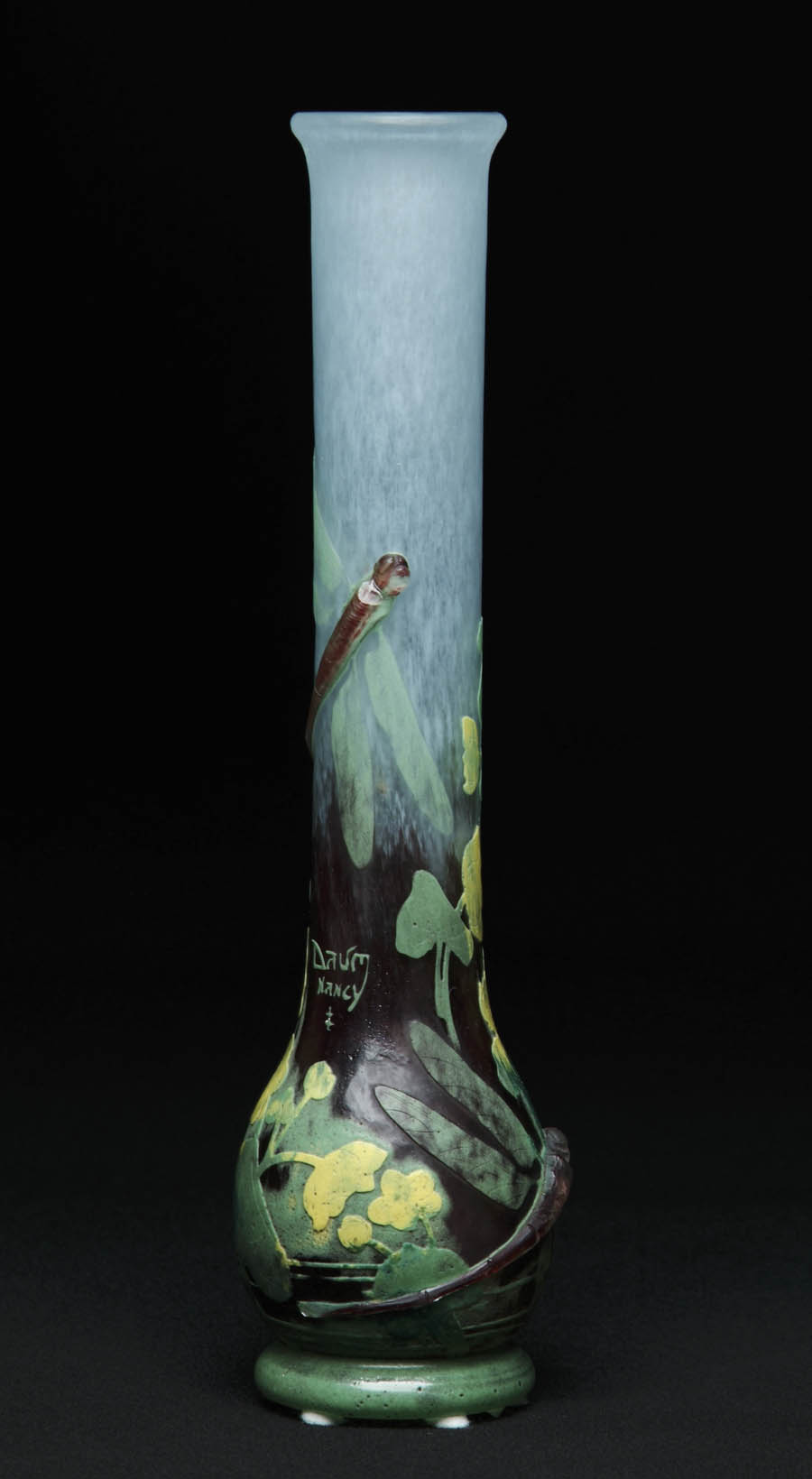 DAUM FRENCH CAMEO VASE. Fantastic vase with applied and wheel-carved dragonflies. Acid-etched signature on the side "Daum Nancy". SIZE: 12" t. CONDITION:... [this item is NOT for sale]