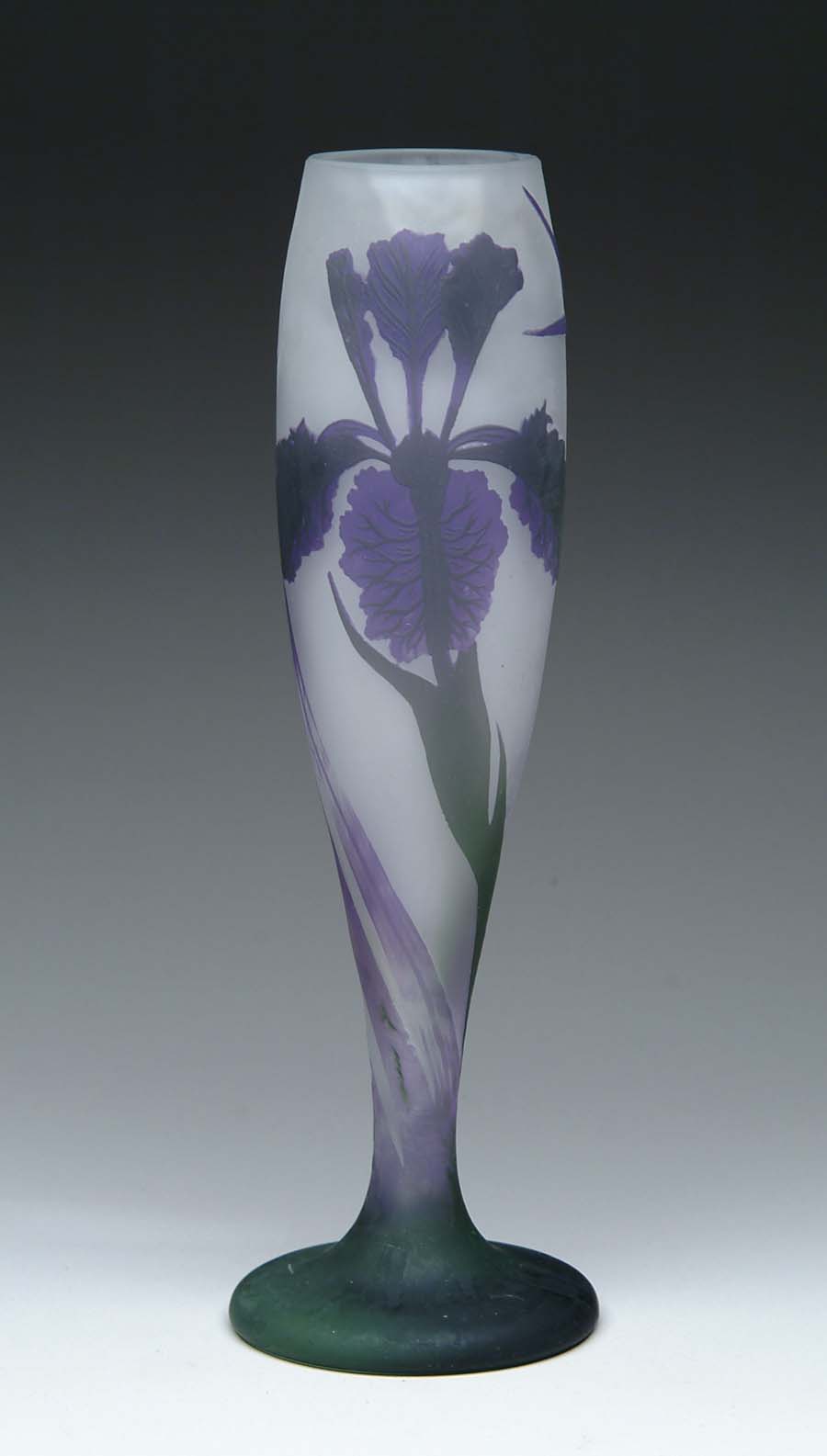 D’ARGENTAL CAMEO VASE. Extremely nice D’Argental vase has lilac and green cameo flowers, stems and leaves against a frosted background. Signed on the...