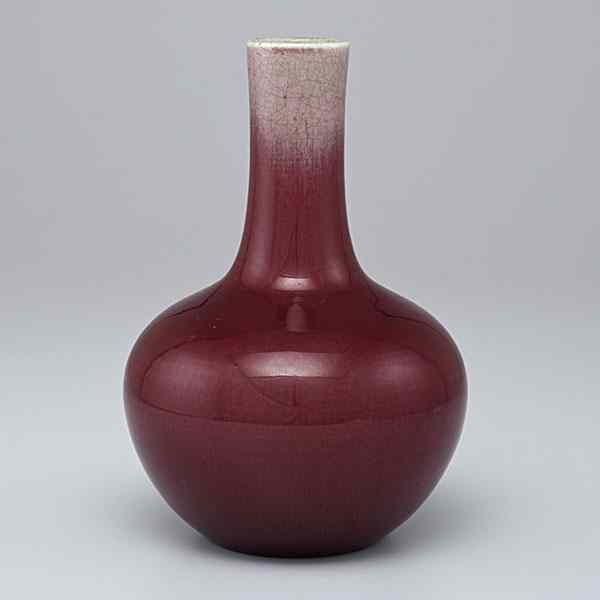 Copper Red Bottle Vase Chinese. A copper red bottle vase having a squat globular body and long neck covered in a densely crackled reddish oxblood glaze... [this item is NOT for sale]