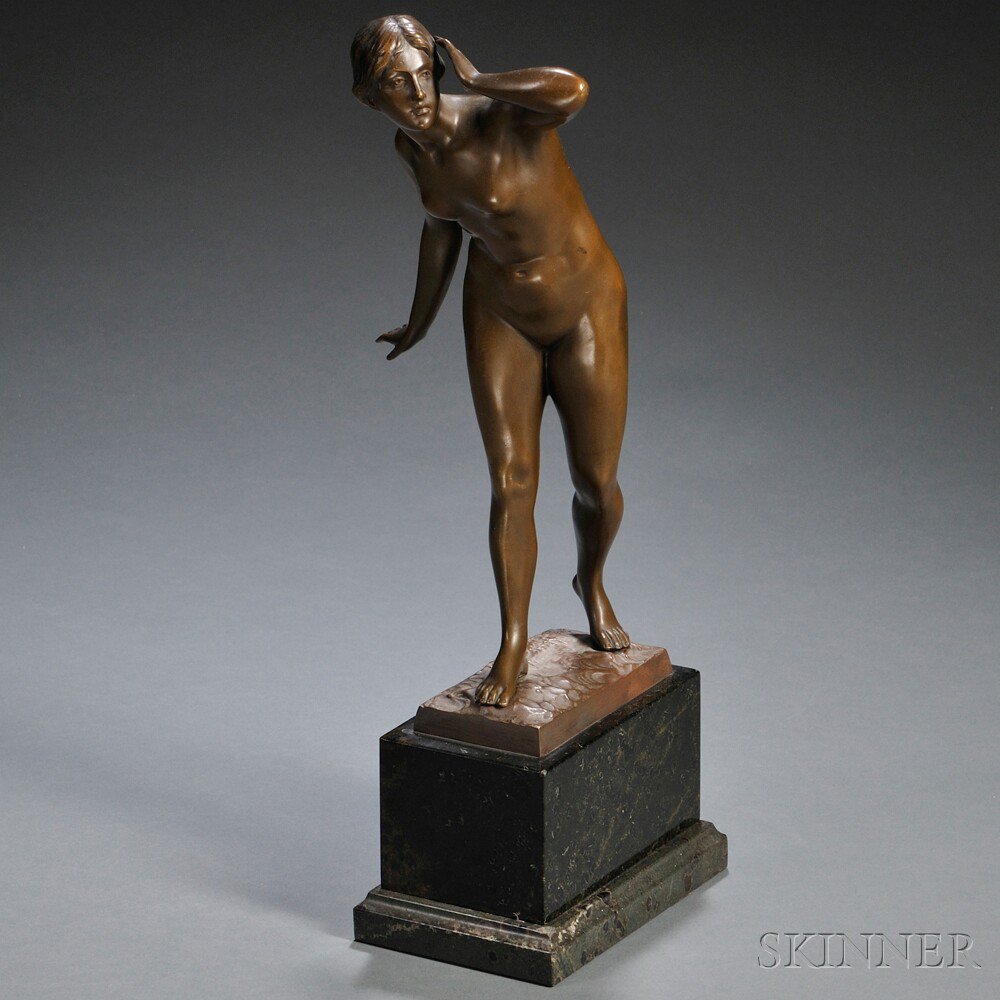 Continental School, Early 20th Century Female Nude, the bronze cast as a woman with one hand to her ear, as if straining to hear something, base incised... [this item is NOT for sale]