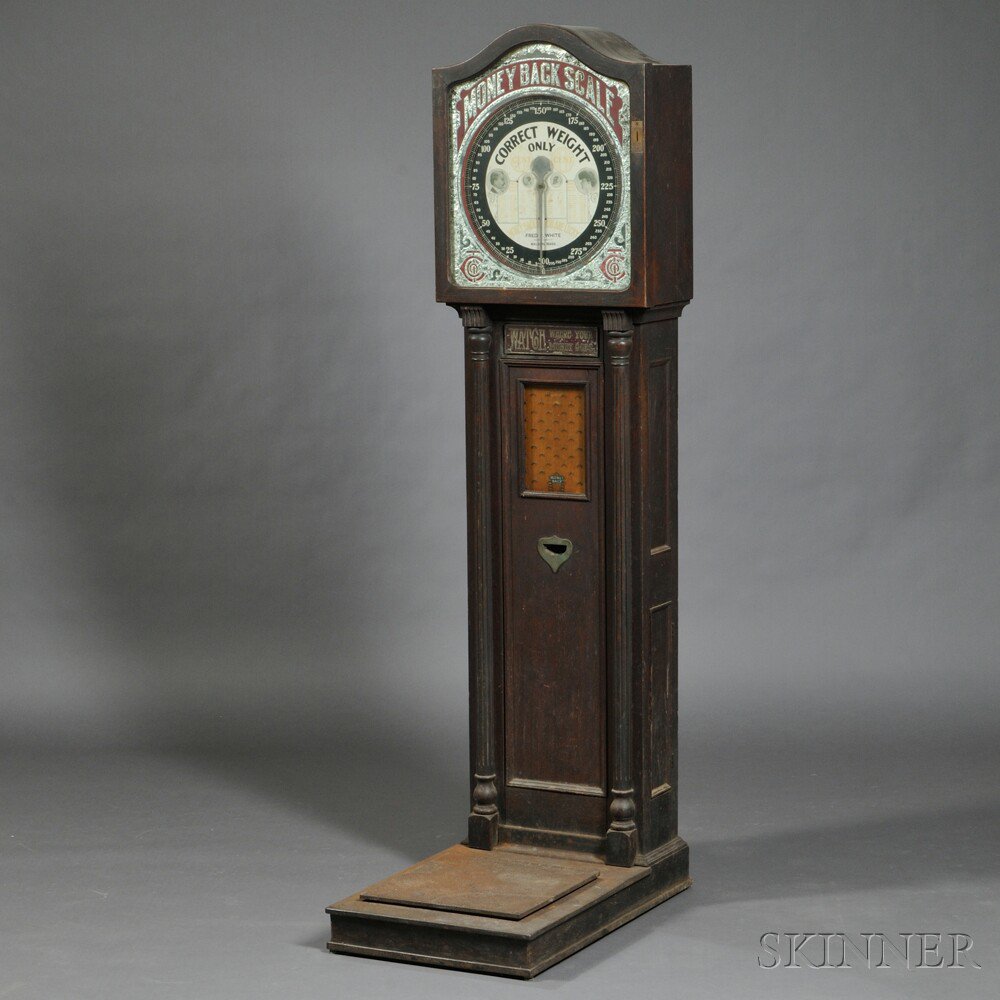 Coin-operated "Money Back Scale," c. 1900, arched hood with foil-backed glass surrounding the weight scale dial reading in part Correct Weight Only, 1... [this item is NOT for sale]