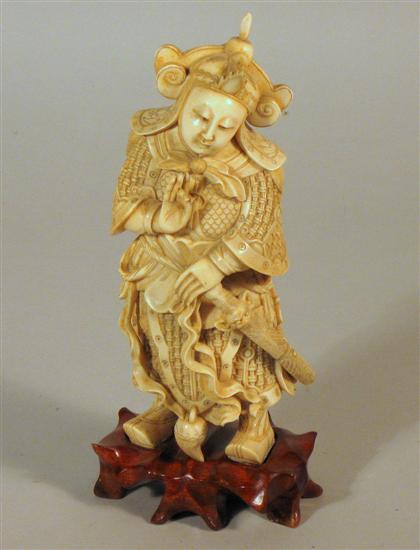 Chinese elephant ivory guardian figure Single section carving, over wood base. Ivory H: 8 in. finial poss re glued... [this item is NOT for sale]