Price guides for Chinese elephant ivory figure and bone or...

Appraise and find values for
Chinese elephant ivory figure and bone or... 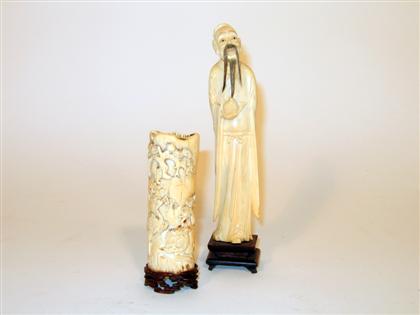 Chinese elephant ivory figure and bone or ivory brushpot 19th century Comprised of a single section figure of an Immortal holding a peach, together... [this item is NOT for sale]