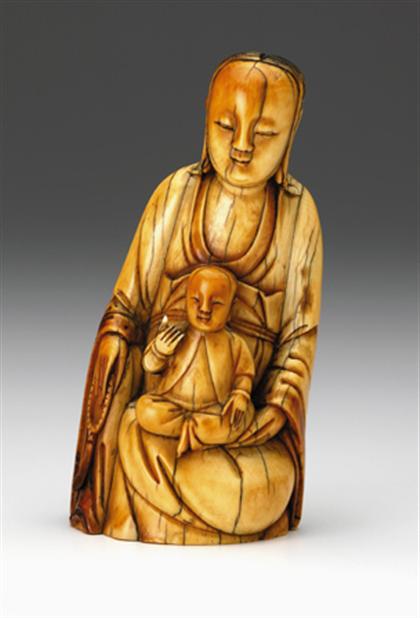 Chinese elephant ivory carving of Quanyin and child ming dynasty, 17th century Of slightly convex form, carved with a meditative broad face tilted downwards,... [this item is NOT for sale]