Price guides for Chinese elephant ivory carving of a seated...

Appraise and find values for
Chinese elephant ivory carving of a seated... 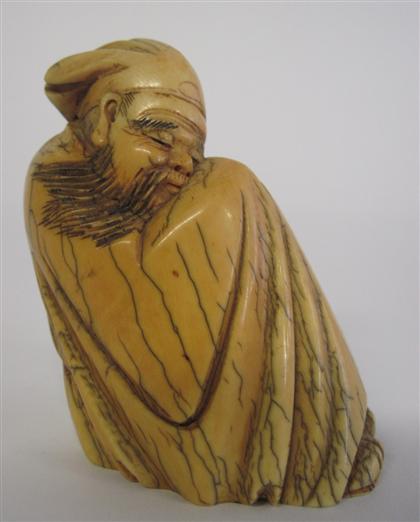 Chinese elephant ivory carving of a seated immortal The small carving depicts a bearded elder seated and wrapped in his scholarly robes; stained and aged.... [this item is NOT for sale]