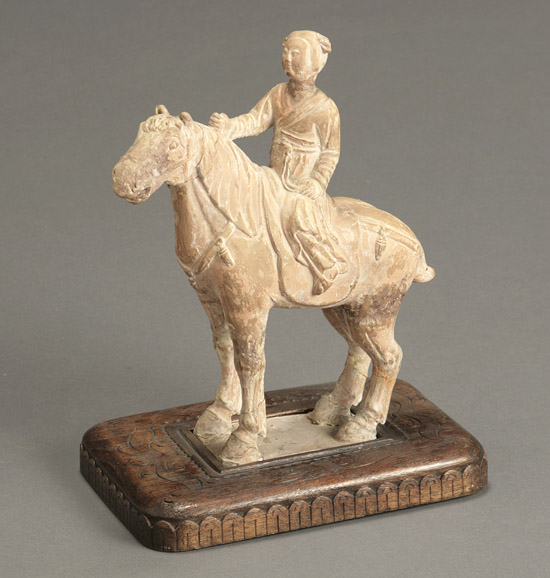 Chinese Painted Pink Buff-Pottery Equestrian Group of a Horse and Rider Tang Dynasty (618-907) With traces of olive-green pigment. Mounted on a wood... [this item is NOT for sale]