Appraise and find values for
Chinese Ivory Group of the Eight Immortals Mid-20th... 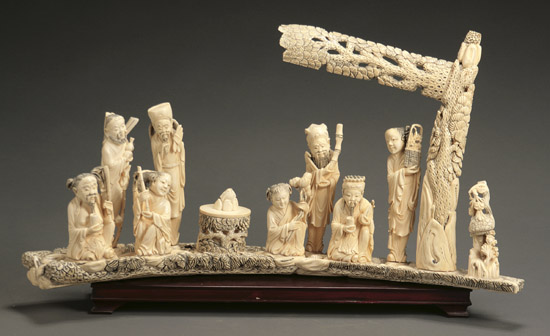 Chinese Ivory Group of the Eight Immortals Mid-20th Century Each holding their attributes beneath a pine tree on a half terrain carved ivory tusk base,...