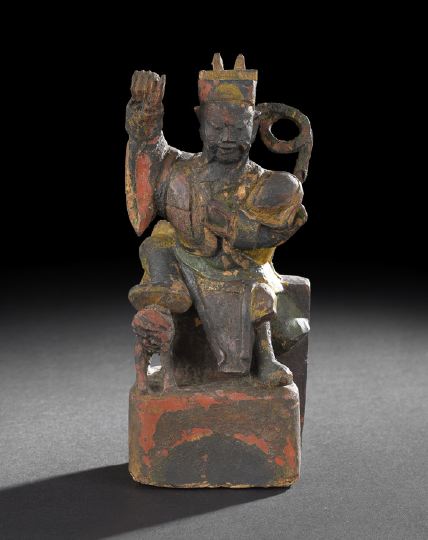 Chinese Carved Wooden Figure of Guandi, 19th century, carved as the deity in military dress, seated with one upraised hand and a tiger under his foot,... [this item is NOT for sale]