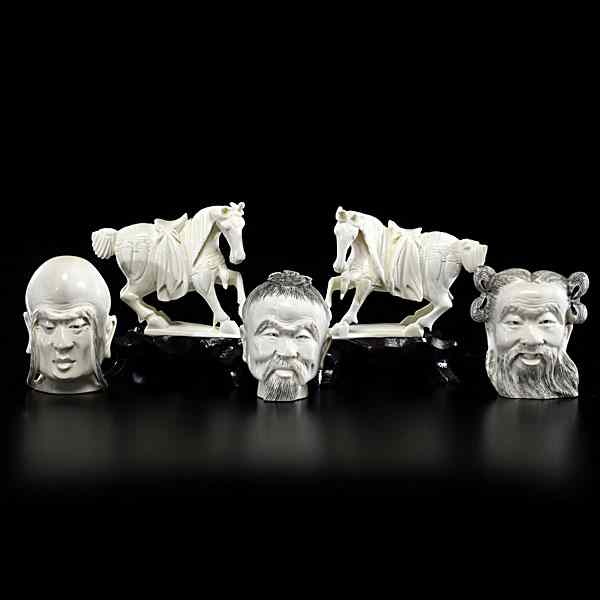 Chinese Carved Ivory Chinese early 20th century.  An assembled group of carved ivory pieces including three male portrait heads all with incised two-character... [this item is NOT for sale]