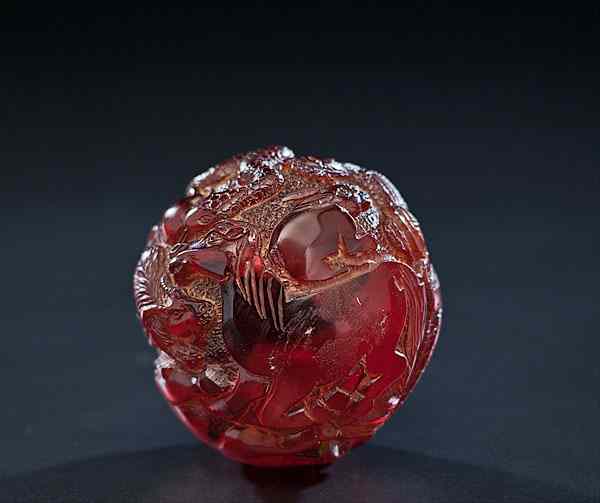 Chinese Amber Zodiac Ball Chinese a carved amber ball with the twelve animals of the Asian zodiac; dia. 3.5 in....