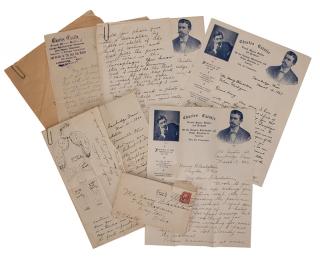 Catulle, Charles. Archive of Charles Catulle—Harry Blackstone Correspondence. Discussing the fabrication of illusions and props for the Blackstone show,... [this item is NOT for sale]