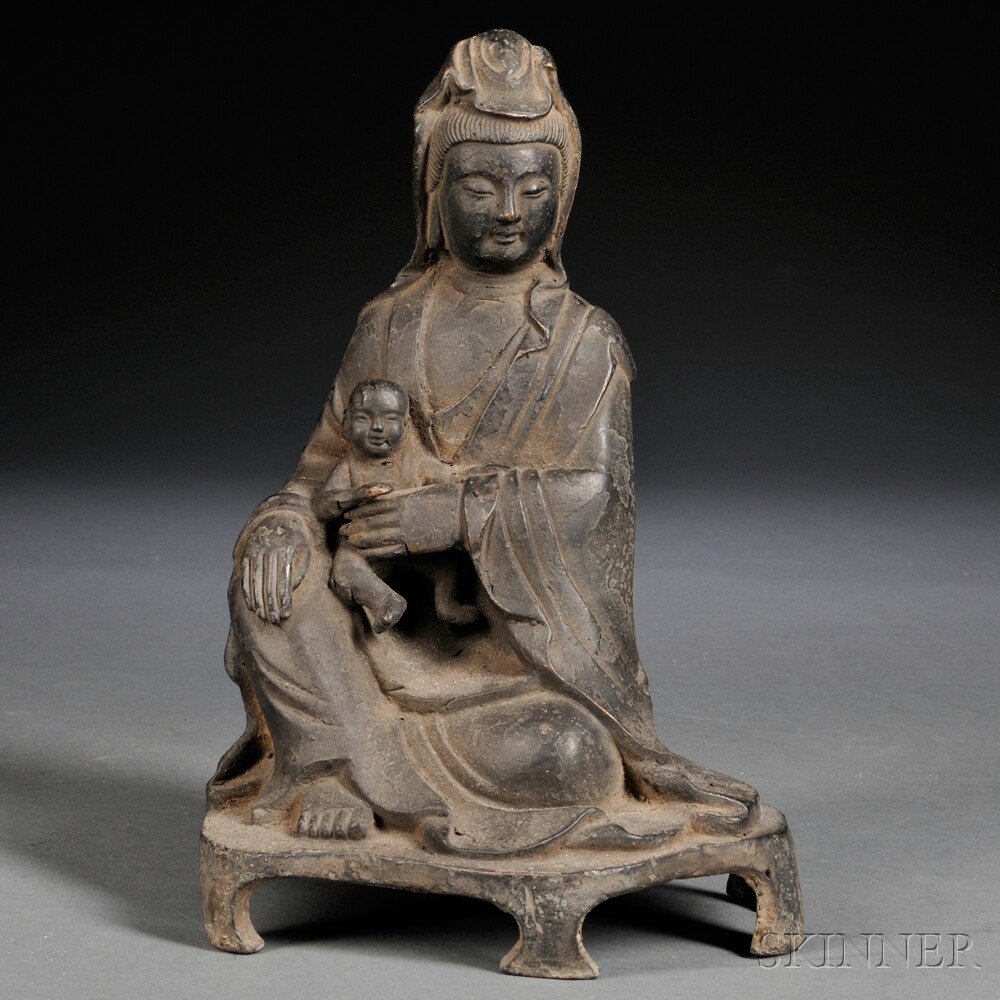 Cast Iron Figure of Guanyin, China, 19th/20th century, depicted seated on a pedestal with a serene expression on her face, wearing loose robes, with a...