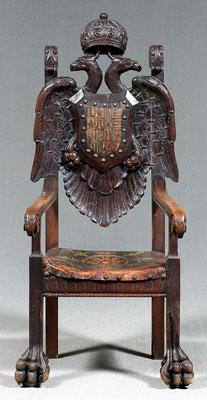 Carved German heraldic armchair, grand scale with carved crown and double eagle back with articulated feathers centering a tooled leather heraldic shield,... [this item is NOT for sale]